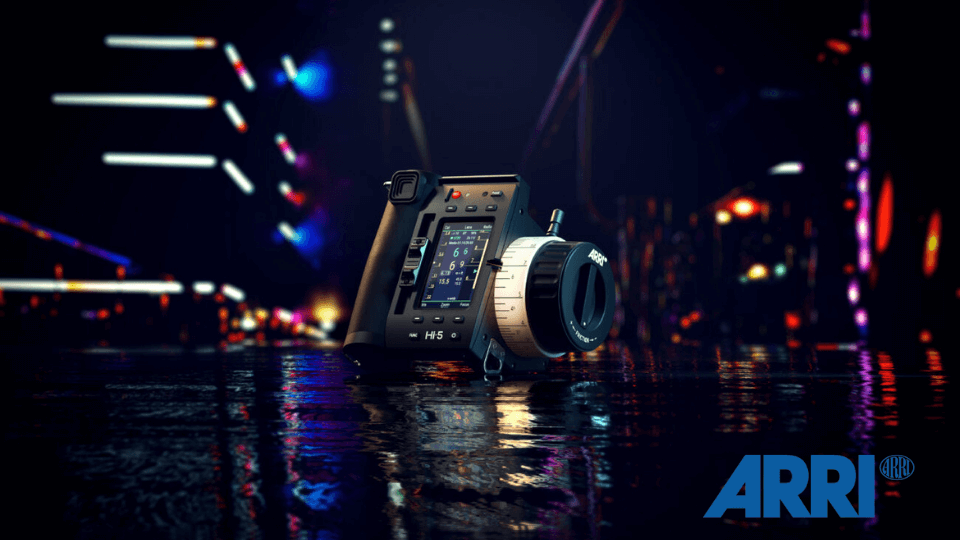 After a considerable development period, ARRI has introduced the Hi-5, a hand unit that provides wireless camera and lens control for challenging production scenarios. The Hi-5 is an update to the WCU-4 that was introduced way back in 2012; and nearly a decade later, a lot has changed in the world of digital filmmaking. How ARRI arrived at the name is a touch muddy: the 5th-generation hand unit, the 5-IH—didn’t quite roll off the tongue, so it was flipped to the Hi-5. It doesn’t make perfect sense, but it’s much easier to verbalize; which, when you’re running-and-gunning under a tight schedule and demanding shotlist, is really all you can ask for. The Hi-5 follows the roadmap established by the WCU-4 by adhering to a similar ergonomic system. In fact, the two devices look strikingly familiar, even though their designs are separated by nearly a decade of moving image innovation.  But this isn’t the newest iPhone; aesthetics aren’t necessarily the point of this release. The Hi-5 prides itself on its attention to detail, touting its painstaking innovations that advance nearly every area possible for a hand unit that wirelessly controls lenses on-set. Truly, ARRI has pulled out all the stops to make this an AC’s favorite. For starters, the Hi-5 is completely weather sealed, so your device is safe from water, dirt, glitter, haze—practically anything that can show up on a film set. Similarly, there’s an easily-replaceable PanzerGlassTM screen protector to keep your screen safe and as readable as possible over time, without the need to replace the device itself. The display itself is customizable, so you can have a clean HUD while cherry-picking the camera information you’d like to see while you shoot.   In fact, it seems that ARRI was laser-focused on user personalization when designing this build, as most of its features encourage the user’s customization. And this tenet goes far beyond the ergonomics and extends into the electronics. For example, there are three user buttons on the side of the device that can be personalized in the menus. Similarly, there’s a focus knob adjustable to the operator’s preferences. ARRI employs a system of small Pogo pins on the Hi-5 that automatically recognize any marked focus rings that are attached to the camera. It’s not the showiest feature, but the plug-and-play focus rings system allows you to quickly adjust your focus preferences for different lenses and shot lengths, not to mention versatile focus-pulling when camera distance changes. Lens data is saved by the Hi-5 device and is even accessible via the ECS Sync app for Apple iOS, and ARRI claims on Android devices in the future. There is a Bluetooth dongle that users can remove and insert into their Hi-5 that gives the unit the ability to transmit lens data to the ECS Sync app, as well as view archived lens files for easy reference throughout a shoot (or perhaps even months later, in the edit).  Clearly, this isn’t a device you can just lend to a friend without any learning curve attached; the Hi-5 is ostensibly intended to be an AC’s best friend—a long-term purchase that you can grow familiar with over the course of a shoot (or maybe keep forever). Even its wireless radio capabilities are personalized, in the sense that the Hi-5’s radio modules are swappable, and can be removed or reintroduced depending on your frequency needs, the region you’re shooting in, or the physical limitations of your rig. There’s the RF-MIP (2400MHz DSSS), which comes with the Hi-5; then the RF-2400 (2400MHz FHSS) and the RF-900 (900 MHz FHSS), with latter two becoming available for purchase in late 2021. With use of the Radio Interface Adapter, users can operate the Hi-5 with non-ARRI camera models. 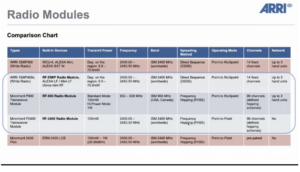 The Hi-5 is developed for ARRI cinema cameras, like the ALEXA and ALEXA Mini—but the hand unit comes with the ability for expansion through optional licenses. With your own personal configuration, you can rig your Hi-5 for full functionality with RED, Panavision, and Sony cameras (among others). It’s worth doing your research beforehand for your particular setup, so you can have a good sense for the extra work required to suit your rig. Other optional licenses for the Hi-5 include the Focusbug menu for enhanced, ultra-personalized focus-pulling; as well as the Cinefade license for Cinefade’s VariND depth of field stylization. With their keen designers and developers, ARRI has put together a new device built for durability and convenience. If all goes well, it might be another decade until its next hand unit.