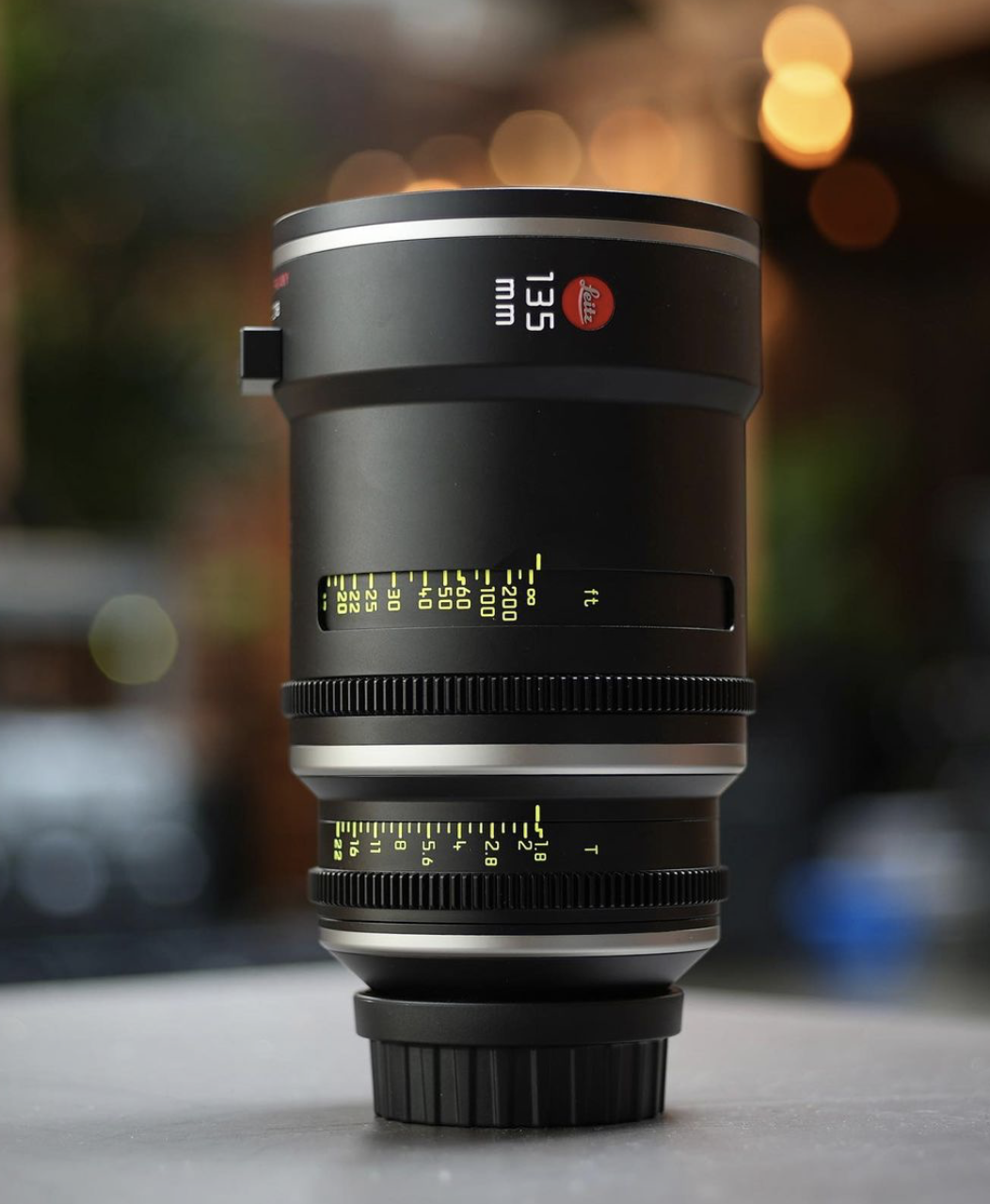 LEITZ (formerly known as Leica) is one of the oldest, most-established camera manufacturers around, and it’s been innovating in optical engineering since the late 1800s. Nowadays, LEITZ products are used throughout the entertainment industry, from Marvel movies to Sundance indies. In fact, LEITZ has a comprehensive, searchable list of hundreds of titles on its site.

Every few years, LEITZ releases another state-of-the-art lens package, built to order from its site or redistributed by professional rental houses. New among its lineup is the prime cinema lens series, designed as a complement to its zoom lens package,

The LEITZ Primes stand in contrast to other LEITZ lenses that err towards the analog, such as the M O.8, in that the Primes opt for a more refined, “digital” look. LEITZ touts the kit’s ultra-clean image, which includes certain perks of high quality optical design—like minimal breathing, distortion, and non-visible chromatic aberration.

It’s common for digital cinematographers to prefer interior environments, claiming artificial light is more conducive to a clean visual style. The demo video below of the LEITZ cinema lenses (on a RED) proves the contrary: outdoor environments—even lush landscapes with bright primary colors—can be captured beautifully on LEITZ glass. The LEITZ lenses’ aversion to chromatic aberration works great in a run-and-gun atmosphere, as demonstrated in the shots captured on moving motorcycles. Shooting against the sun, even over a reflective, ice-covered foreground, proved no challenge to the LEITZ lenses, and the results are stunning for images captured solely in natural light. Check out the demo reel below:

While a clean image style can be preferrable for filmmakers, it’s also worth considering the accompanying lenses’ practical advantages. A clean-styled, digital era look is perfect for workflows of VFX-heavy productions with a lot of rotoscoping, compositing, and greenscreen use. Similarly, this LEITZ cinema lens lineup could come in handy for post and virtual production processes.

Whereas analog-styled lenses are tuned for curved focus rolloff—the LEITZ cine primes have remarkable precision, with a smooth rolloff that matches well with a highly variable depth of field. Most of the set’s lenses have a 270-degree focus rotation to maximize focus pulling accuracy, which is crucial for low-light filming. Because LEITZ is an internationally minded manufacturer, focus marking on the lenses can be in either feet or meters, changeable by user.

The Primes’ aperture capabilities are exemplary within its field, especially for the price of this kit. Perfect consistency is impossible for a kit that ranges from 18 to 350mm—but the LEITZ prime lineup comes close. All lenses between 18mm to 135mm can open up to a 1.8 T-stop, among the widest out there at the moment. The 180mm can reach T2, and the longest lens—the 350mm—can open up to 3.6mm.

These LEITZ lenses can have a PL/LPL mount for use with a majority of large format cinema cameras. The lenses have an image circle of 46.5mm, and although they can cover large formats, it’s worth taking a peek at the extensive tech specs to see how the field of view is affected:

The thirteen-lens set comes with a wide span of lengths, going as high as 350mm. In case that doesn’t cover enough ground, LEITZ has this Primes lens package colour matched with the LEITZ Zoom lens package; meaning that if there isn’t enough time to line up a shot or change from one prime to another, a zoom lens can be used in the moment, seamlessly integrating with the prime-package footage.

After a century of operation, LEITZ continues burnishing its name into the optical engineering industry. This thirteen-lens Prime set has all the benchmarks of digital-era cinema: incredibly wide aperture, minimized chromatic aberration, and no breathing when racking focus.

Filmmakers interested in the LEITZ cine primes may be hesitant to go after the complete kit. Instead of renting all thirteen lenses, it could make more sense for your production to rent a partial set or start off small with an individual lens.