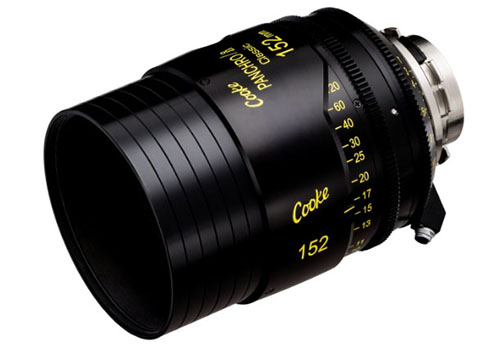 The “Classic” in “PANCHRO/i Classic” refers to the legendary Speed Panchro lenses that Cooke debuted in the 1920s. These lenses were built with extraordinary sticking power, as they have experienced repeated uses throughout their century of existence. In fact, the original Speed Panchros have shot classic films of multiple generations, such as Casablanca in the ‘40s and The Sound of Music in the ‘60s.

Once digital cinema took over in the early ‘00s, the culture shifted towards sharper image rendition as digital cameras became more powerful in the early ‘00s. But, digital cinema soon hit a visual ceiling, and soon the “pixel perfect” quality of digital cameras needed an organic presence to its images, and vintage lenses quickly shot back in style. This resurgence has made the Speed Panchros as coveted as ever, and these original lenses—retained since their original build in 1927—were used on twenty-first century films such as Inherent Vice and Blue Jasmine, as their soft, painterly essence stood in bold contrast to the sterile, featureless quality of newer lenses.

A huge problem solved by Cooke’s Classic lenses is that they are color-balanced and color-matched. For anyone using even a rehoused set of Speed Panchros, one lens might not match the other, and users may have to manually readjust the white balance for each shot, not to mention spend countless more hours in the coloring phase of post-production just to match footage. But, since the PANCHRO/i Classics are current, they are all colour-matched to one another, and colour matched with other Cooke len series, such as the Anamorphic Primes.

The new PANCHRO/i Classics are built in a sturdy, anodized aluminum housing that can stand the test of time. Cooke touts the edging tactics used to ensure “perfectly round” glass diameters. These newer lenses are more durable than the original Speed Panchros and they are equipped with the modern-day standard PL Mount or LPL mount.

Because the PANCHRO/i Classic are only inspired by vintage lenses, they avoid the wild flares that vintage lenses normally produce. As Cooke puts it, these lenses “are designed to give maximum performance at full aperture with fine control of flare, distortion, and spherical aberration”. Odds are, anyone choosing the Speed Panchros aren’t doing it for the heavy flares—as there are other Cooke lenses that do it better, not to mention the anamorphic format as a whole. Most likely, these lenses are chosen for their ability to produce spectacular creamy images, first and foremost.

Another change Cooke added with this lens series is full-frame capability. The PANCHRO/i Classic lenses have an image circle of 46.31mm, far more than the original Speed Panchros.

Because these optics are taken from the Classical Hollywood era, they do not have the aperture capabilities of state of the art, digital-looking lenses. The Cooke FF PANCHRO/i Classics do not have a consistent maximum aperture. All lenses have a max aperture of T2.2, except for the 65mm Macro, 100mm, 135mm, and 152mm. This doesn’t mean the lenses’ looks aren’t compatible; only that switching lenses won’t be as easy as screwing them on and then off. This might require some work with ND filters if you’re looking to closely match depths of field among lenses.

All Classics lenses have a common fixed front diameter of 110mm, making it easier to swap lenses when using filters. The FF PANCHRO/i Classics are an excellent package from Cooke, especially for anyone looking to produce breathtaking, vintage-inspired visuals without the downsides of using vintage lenses. A single lens costs around $13,000, so unless you’re a rental house looking to boost its inventory, your best bet is most likely to rent.

Considering renting? Why not check out Bokeh Rentals’ Cooke packages!