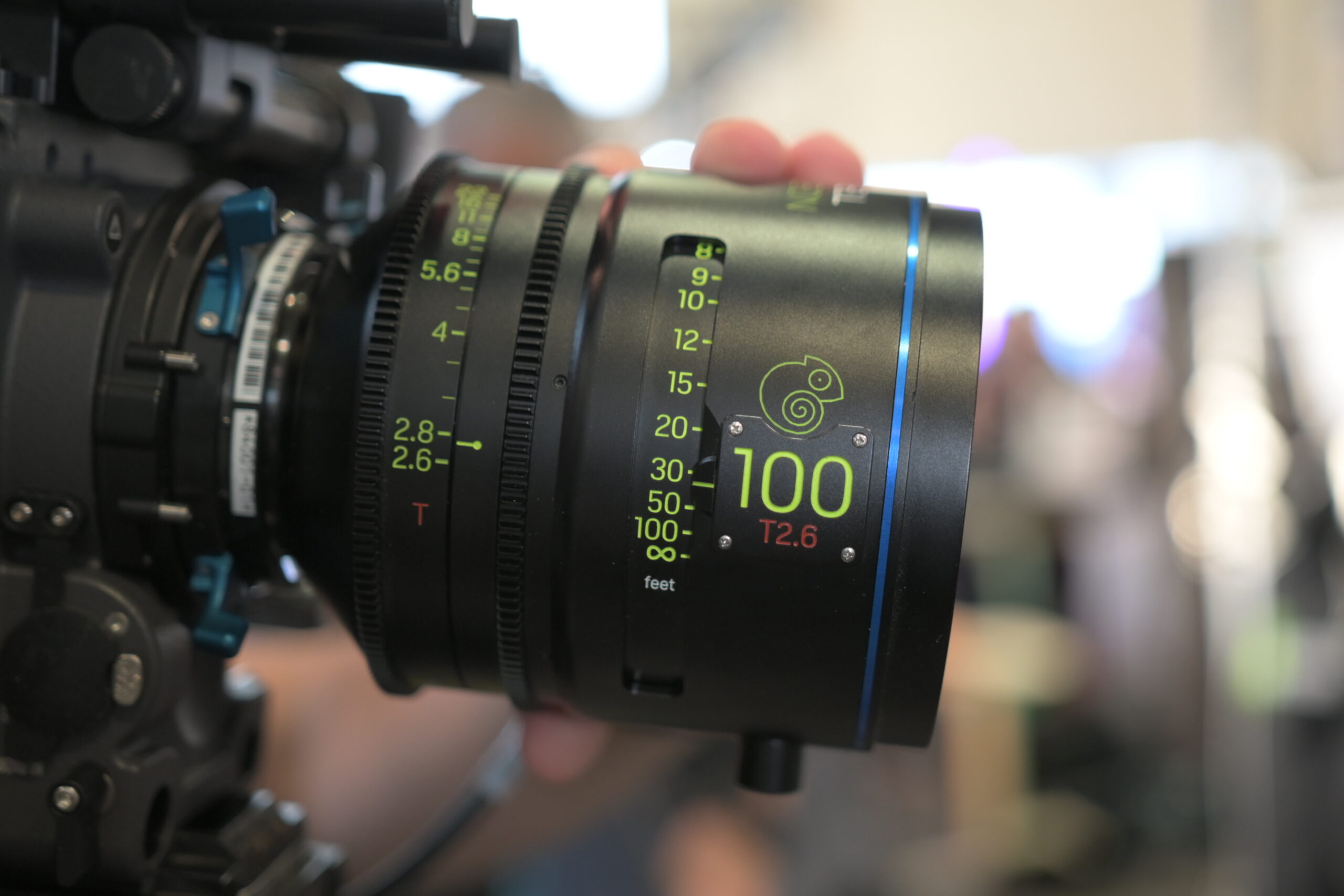 By Matthew Fresolone | December 5th, 2022
Caldwell might not be as large as Cooke or Canon, but it designs lenses just as recognizable. Its newest design, the Chameleon Anamorphic lenses, as described on the manufacturer's site as "modern optics with a retro look". The Chameleons have a unique look and are claimed to embody the distinct  aberrations one would expect from anamorphic lenses but with a subtle elegance.

The Caldwell Chameleon Anamorphic Lenses are designed for digital sensors. Remarkably, they use a 1.79x squeeze ratio to create images.

Additionally, Caldwell has made both a Super 35+ series and Full Frame series of Chameleons available. They can be user-configured with different rear optical groups to suit your shooting circumstances. The Super 35+ series can cover Super 35+ cameras, and they are configured to cover large format cameras like the RED MONSTRO, ARRI ALEXA LF, or the Sony VENICE. All seven lenses in the Super 35 series are uniform in size and have a minimum focus of 2.5 feet. The Full Frame series of Chameleon lenses also have seven lenses, but with somewhat different focal lengths and physical characteristics.

The Caldwell Chameleon Anamorphic Primes are designed to bring a vintage anamorphic appeal to modern digital cameras. For example,  in this dance film shot on Caldwell Anamorphics, you can see the classic blue streak of anamorphic flare. The soft, feathery flare (visible at 1:02) has an organic feel, compared to modern lens flares that appear sterile. Similar to vintage anamorphics, there is the slightest aberration at the edges of the frame, causing the viewer’s eye to focus more towards the center of the frame. These nuances to the image give it a feel more comparable to vintage anamorphics than clean, modern day glass.

Although most major camera systems, such as the ARRI ALEXA LF and Sony VENICE, support 1.8x anamorphic lenses, it’s worth double checking if your camera body is compatible.

"...More recently, Full-Frame cameras are being released with a native aspect ratio of ~1.5:1, which would require a ~1.6x squeeze ratio for perfect conversion to 2.39:1. However, a 1.6x squeeze doesn’t provide the degree of anamorphic artifacts that are often desired, and it turns out that a squeeze ratio midway between 1.6x and 2x is a good compromise. We were very happy that Cooke made this very argument when they released their 1.8x anamorphics.”

For users that want to convert their S35+ kit to the full frame series, a conversion kit is available for purchase. Aperture/focus rings, focal length plaques, and optics can be found in conversion kits.

The Caldwell Chameleon Anamorphic Primes bring an exquisite, vintage feel to digital filmmaking. Both the Super 35+ and Full Frame Chameleon lenses cost over $20,000 each if purchased at retail value. According to a Newshooter interview from NAB ’19, some rental houses combine their Full Frame and Super 35 Anamorphic kits to create a larger selection.

Therefore, if you’re looking to rent the Caldwell Anamorphic 1.8x packages, it's best to check in with the most reputable rental houses out there.