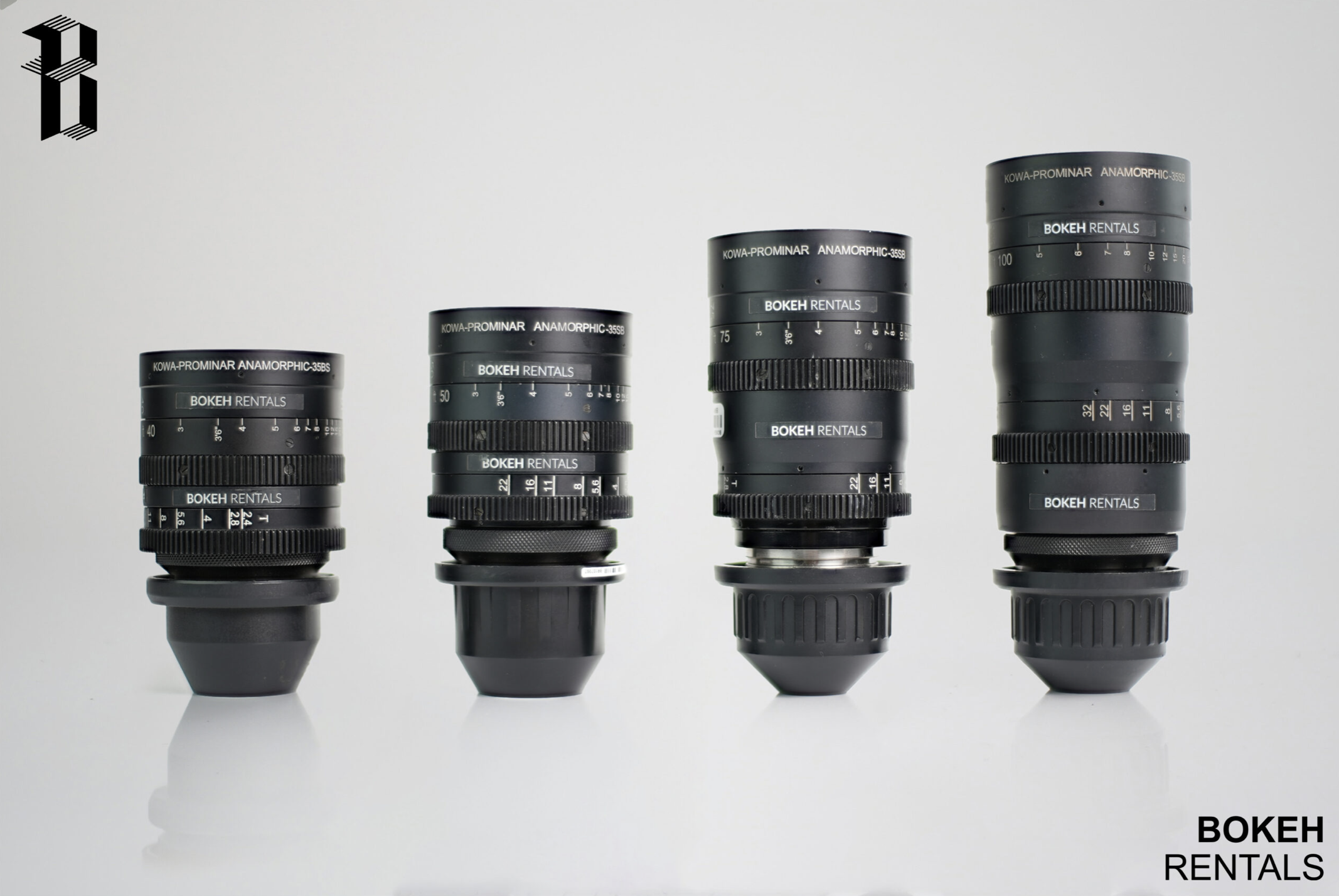 Built by NAC Image Technology in the late ‘50s, the Kowa Prominar Anamorphics debuted as a series of four prime lenses: the 40mm, 50mm, 75mm, and 100mm. Through the decades, The Kowa Anamorphics have become coveted vintage glass among shooters. The warm, low contrast aesthetic has found an audience among modern-day filmmakers, eager to inject vintage appeal into the anamorphic format. Nowadays, P+S Technik, a German company founded by ARRI engineers, is the leading name in keeping the Kowa look alive. In addition to these professional rehousing services, the original Kowas can be found on reseller sites.

The Kowa Vintage Look: The Kowa Cine Prominars relish in a warm, low contrast look, often described as "creamy". This stands apart from most modern day visuals, which embrace stark contrast between highlights and black levels. On the other hand, the Kowa's low contrast look gives a gentle, nostalgic feel to the images.

These lenses have their own dignified spin on modern-day anamorphic light flares. See, most of current day cinema that embraces the sleek-blue anamorphic streak tends to be big-budget blockbusters and science fiction films. When light shines near the opening of the Kowa Anamorphics, though, warm, purplish horizontal lens flares are produced.

Bokeh is the artifact produced when highlights are out of focus in the background of the frame. The Kowa anamorphics are designed to produce oval bokeh, which gives a naturalistic, somewhat vintage feel. The Kowa Anamorphics are the perfect mix of vintage and new. Naturalistic light flares and low contrast combine with the sleek, anamorphic format to create a pleasant look fit for modern-day cinema. Check out the Kowa Prominar test from ShareGrid to see its creamy imagery in action:

Although the Kowa Anamorphics have been around since the 1950s, their use is kept alive by the modern day rehousings by P+S Technik. This leaves the modified anamorphic cine lenses in the industry-standard PL mount, as well as a new durable exterior. The form factor and weight of the original Japanese glass is retained. The PL mount created by P+S Technik allows Kowa Anamorphics to be used for Super35 coverage. Although the image quality isn't necessarily affected by this enhancement, the ability to capture S35 formatted images with the Kowa cine anamorphics allow it to be used on modern projects with professional distribution. It also allows the Kowa Anamorphic cinema lenses to be seamlessly integrated among other lenses on the large or small screen. For example, because the Kowas are Super35-ready, filmmakers can shoot, say, a dream sequence with the Kowa's naturalistic, creamy flair; and retain its vintage characteristic while still meeting the technical requirements of streaming platforms. In addition to its housing, P+S Technik maintains the lenses' interior elements to ensure superior image performance. This can include tasks like removing fungus or repairing balsam separation, both of which can accumulate over time.

The Kowa Cine Prominar Anamorphic primes have an excellent, unique character that keeps it relevant in modern cinema. If you're a professional lens technician interested in the Kowa Prominar Anamorphics, you can find them on used resellers like Craigslist and eBay. But, these sets will not be rehoused, which means they most likely have mount systems incompatible with modern camera systems. Additionally, these used sets may have internal damaging that affects its images. Anyone interested in shooting with the Kowa Cine Prominar Anamorphics on a project should look for them at a professional rental house, such as the LA-Based Bokeh Rentals.

Considering renting? Why not check out Bokeh Rentals’ Kowa packages!