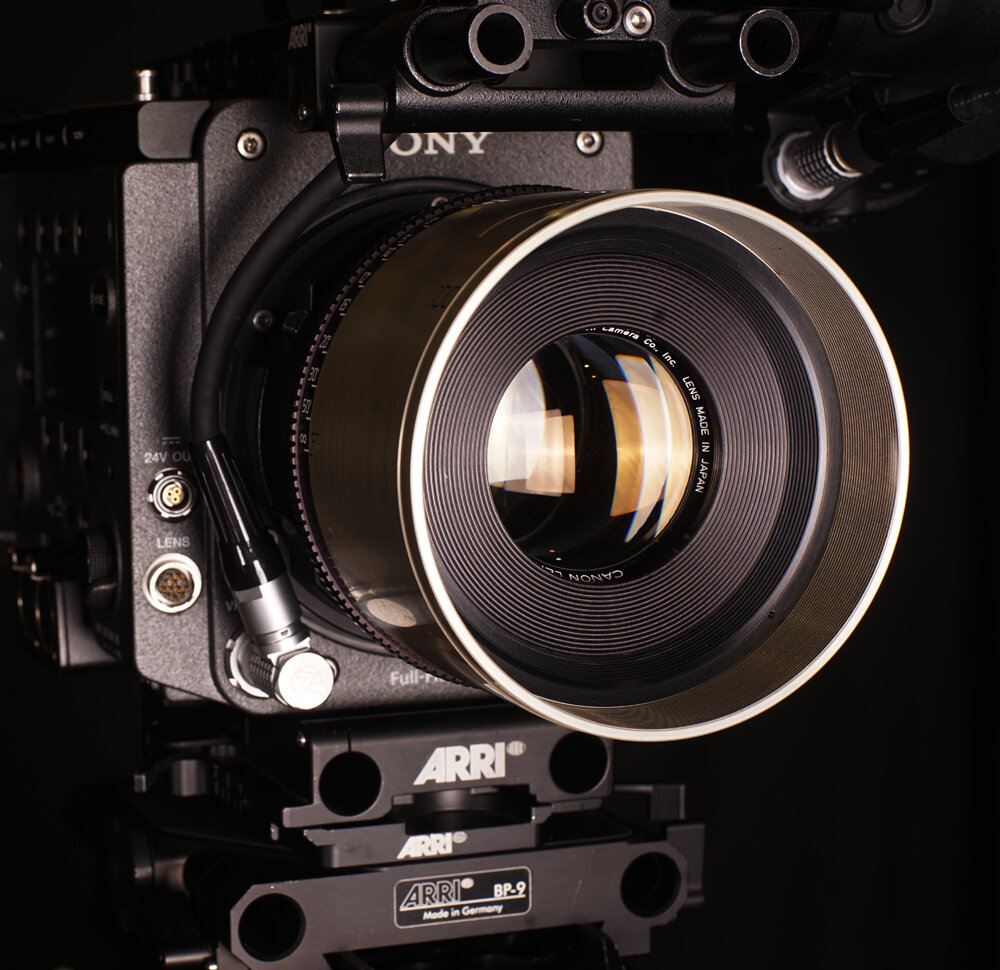 The name "Type SK" is an homage to Japanese optics-- the historical root to this re-invention of the ~1960s Canon Rangefinder lenses.

In November 1933, Gora Yoshida founded the optical manufacturer Seiki Kogaku, which means "Precision Optics" in Japanese. The company was founded in Tokyo, and Yoshida's team began producing prototype 35mm cameras inspired by other designs of the time (such as Zeiss' from Germany). Although Yoshida shortly left the company after, innovation continued, and the company's first camera, the Canon (modified from "Kwanon" following outside investor's advice), was introduced to the Japanese market in early 1936. Shortly thereafter, the optical manufacturer became known as Canon.

Since Lensworks revived a historic invention from the optical manufacturer, it chose to honor Canon's roots with the name "Type SK", in reference to Seiki Kogaku.

The Type SK lenses are made using glass from the Canon Rangefinder lenses of the early 1960s. Therefore, these upgraded versions have image characteristics consistent midcentury glass. The Type SKs are characterized by:

These lenses have impossible fast T-stops ranging from T1.6 to T2.1. This allows shooters to make the most out of their available light. This sense of control over the image and lighting, especially in conjunction with digital cinema cameras, would have been unthinkable in the '60s.

Elemental to vintage lenses is a warmth to the image. This includes golden flares and soft, glowing highlights. The warmth in the Type SK's image sets it apart from modern glass, which errs on the less responsive, colder side.

The cat’s eye bokeh, most visible in long lenses with out-of-focus highlights, comes off feeling like something in between anamorphic and spherical bokeh. Paired with the field curvature-- which turns what would be the flat plane of the image into a slight circle-- the cat’s eye bokeh gives the image a subtle, hypnotic feel. Plus, the bokeh's softness perfectly complements the gentle visual attributes of the Type SK.

These rehoused and reworked lenses do not contain much chromatic aberration, which was more present in the original Rangefinder's era. The low chromatic aberration of the Type SKs allows these lenses to perform among modern glass while showcasing vintage aesthetics. The above comparison video demonstrates the charming image characteristics when sized up alongside its modern day equivalents, such as the Cooke Speed Panchros, the Super Baltars, and the Canon K35s.

As you can see, the cat's eye bokeh of the Type SK truly is incomparable to modern day lenses. Similarly, the field curvature of the Type SK is so slight, but when seen next to the straight-grid plane of, say, the K35s, its appeal becomes apparent.

Every lens in the Type SK package is capable of large format coverage.

Because these are rehoused vintage lenses, there are occasional asterisks to take into consideration for particular gear scenarios. First, the 24mm and 35mm Type SKs have corner vignettes on 36x24; however, they completely cover the 16x9 Alexa Mini LF sensor and the 5.7k 17:9 sensor on the Sony Venice). Second, the 25mm and 35nn have small hard vignetteing on the extreme corner when in open gate Full Frame/Vista Vision. And thirdly: the 25mm, 35mm, and 50mm aren't compatible with spinning mirror cameras (as a result of their shorter back focuses).

The Type SK's ability to shoot full frame is critical to its success in the modern filmmaking environment.

Similarly, Lensworks has rehoused the Type SKs to compete with modern gear. It has rock solid stops capable of handling any remote focus system, as well as static focus and gear positions between lenses. As far as form factor goes, the Type SKs have a housing with an anodized finish that allows years of wear and tear without effect; and durable lenses can be taken into nearly any filming environment.

The wide range of focal lengths allow the Type SK set to be used throughout a whole production.

There are plans to extend the set, on the wider side, with a 20mm prime.

The Type SK lenses from Lensworks Rentals is more proof that vintage lenses can be reworked into stunning modern glass. The set, comprised of nine prime lenses, is available for rental directly from Lensworks. Inquiries can be made at the Lensworks official site.

Type SK packages can also be found at the LA-based Bokeh Rentals.

Considering renting gear? Why not check out Bokeh Rentals!