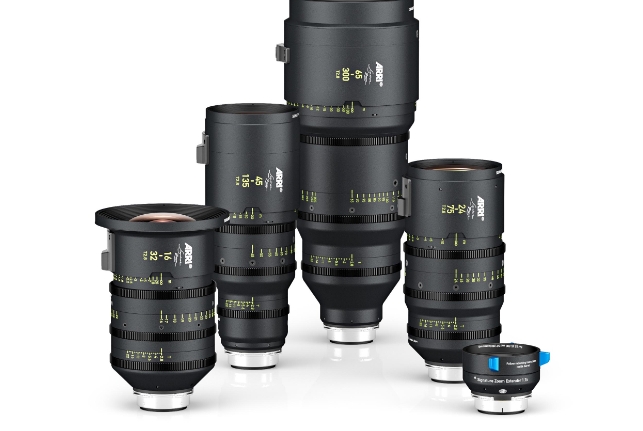 The ARRI Signature Zooms T2.8 might be the highest quality, highest valued lenses on the market. ARRI, the goliath manufacturer responsible for the ARRI Alexa camera system, designed its Signature Zoom lenses as a member of the Signature Lens family.

Check out this demo from Bars-Pro showcasing the uncanny resemblance between ARRI’s Signature Zooms and Signature Prime lenses:

There are four lenses in the Signature Zoom series:

The ARRI Signature Zooms have a universal aperture of T2.8, remarkably fast for zoom lenses. All lenses can zoom without ramping, a common flaw among less expensive zoom lenses. Ramping is a byproduct of certain zoom builds in which aperture cannot remain stable as the focal length changes, even mid-recording. All four of these zooms, however, avoid ramping altogether.

ARRI built its Signature Zoom set with an LPL mount, the newest mount from ARRI following its industry-standard PL mount. Unlike its predecessor, the LPL mount enables use of the Lens Data System or Lens Data System 2.

These Signature Zoom Lenses incorporate the newest metadata system, ARRI’s Lens Data System 2. The LDS is a useful tool that displays and captures lens and camera-related data. The LDS can be employed on set for displaying lens and camera data with the use of ARRI’s handheld unites, such as the WCU-4 unit.

The Lens Data System also captures metadata that can be used to streamline postproduction processes, especially with regard to VFX-intensive productions. The ARRI LDS system embeds the metadata into the original files; so most of the time, there is no need for coordination between 1st ACs, who handle the LDS during filming, and the postproduction departments who can rely on the camera and lens metadata, such as focal length, depth of field, and shooting settings. However, if you are using the ARRI Signature Zooms, it’s worth double-checking the post-to-VFX pipeline to ensure that ARRI’s metadata is accessible with your specific hardware setups.

The ARRI Signature Zooms are durable pieces built with Magnesium barrels. The Magnesium composition gives the lenses a solid feel while keeping them lightweight. The combination of sturdy and versatile is why the Signature Zooms will last decades while shooting in the most challenging of environments.

Versatility is imperative for any system of zoom lenses, even moreso than Primes. Clearly, ARRI designed its Signature Zooms’ lightweight bodies for on-set convenience, as less time is wasted finagling with setups and modifications. Similarly, these four Signature Zoom lenses have exceptional close focus abilities that will lead to less times swapping lenses on set. For example, the 16-32mm lens can achieve sharp focus of an object only 7.6 inches away from the lens, a remarkable achievement for such an intricately designed, telescoping lens.

The ARRI Signature Zooms are among the priciest lenses on the market. This should be expected, as zoom lenses’ telescoping abilities require much more intricate, careful, and expensive design. Especially those without ramping and with a universal aperture as fast at T2.8.

Thankfully, you may only need a single Signature Zoom for your production, so long as the focal range covers the shots you need. If you have the 45-135mm Signature Zoom, for example, all shot sizes from wide to closeups are covered, in theory.

Of course, you can always rent for much, much cheaper, and still get the same use out of ARRI’s incredible, top-of-the-line Signature Zooms.

Considering renting? Why not check out Bokeh Rentals’ ARRI packages!