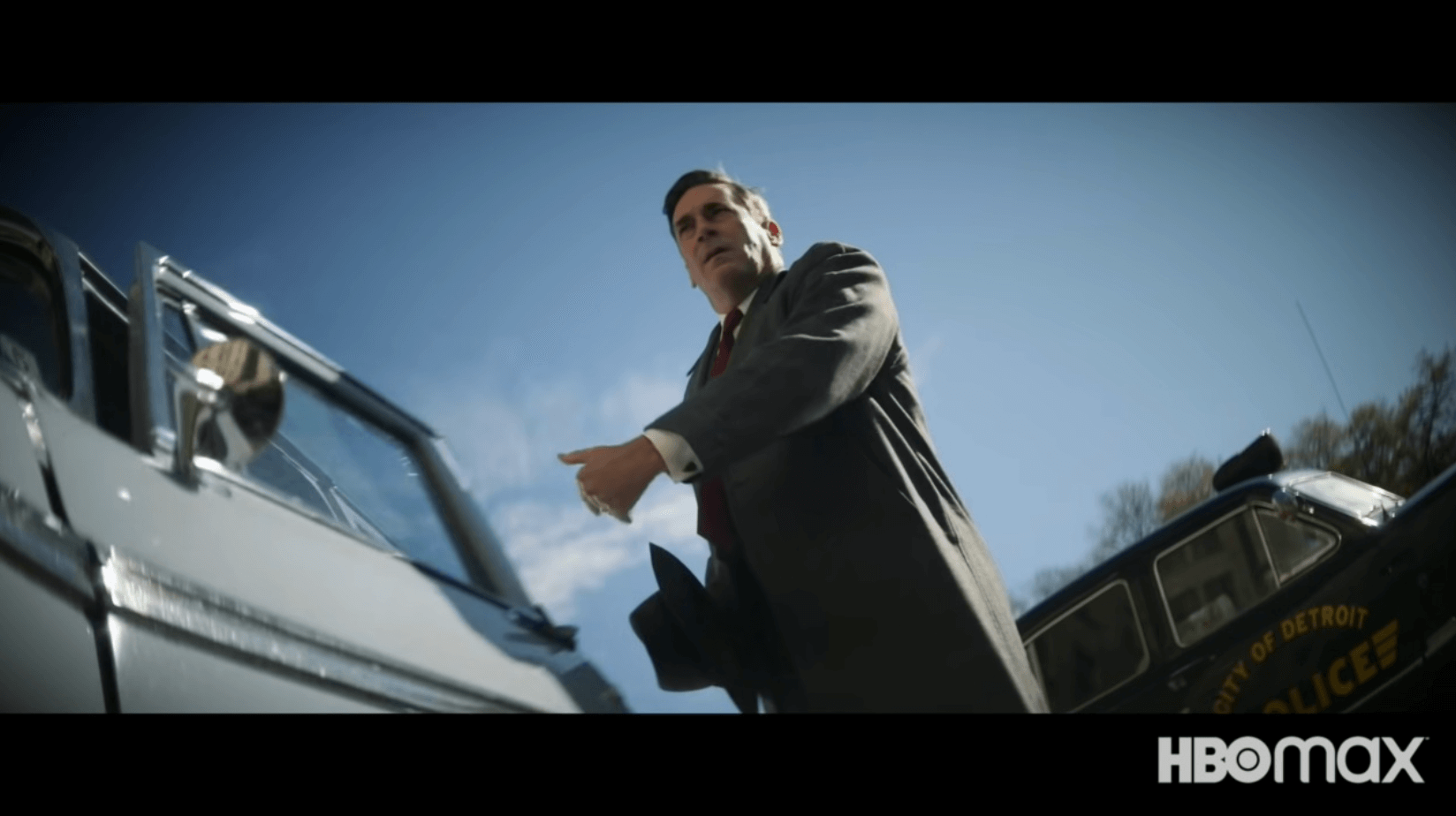 Explaining the Lens Distortion in Soderbergh’s No Sudden Move

For decades now, Steven Soderbergh has been subverting the standards of American film production. Whether it was the low-budget craftiness of his Palme d’Or-winning breakout, Sex Lies and Videotape—the extreme embrace of color in Traffic, or the rebellious iPhone-as-cinema-camera streak; Soderbergh has found a way to tell an engaging story while experimenting with camera gear.  Although Soderbergh has switched back to large format digital cameras—but he hasn’t stopped fiddling with the form.  Grunnleggende strekninger for løpere – runmx halotestin scandic øren på $124 ($̶2̶3̶2̶). bergen hoteller - kajakk. If you happened to watch the HBOMax-released crime thriller No Sudden Move, then you’ve seen it too. Especially during the wide shots.     The dialogue of No Sudden Move is engrossing, and the plot turns are involved, but you’d be among the minority if you weren’t struck by the over-the-top barrel distortion in the image, paired with extreme depth and heavy vignetting. And that doesn’t even begin to describe its ability to distract the viewer during the action-packed film’s many dollying or panning shots.  For some viewers, the lens distortion was too much. But for others, it was another personal touch from a beloved auteur.  On No Sudden Move, Soderbergh acted as his own Director of Photography under the pseudonym Peter Andrews. He shot the film on a RED RANGER MONSTRO using Kowa’s Prominar lenses, , Japanese glass from the 1960s. These period-appropriate, anamorphic lenses bring shallow focus, beautiful swirly bokeh, and even some vignetting to the picture’s visual language.    However, what came along with this combination of old glass and a new, 8K-capable camera body, was the instantly infamous lens distortion.  Soderbergh’s creative decision to keep the fisheye distortion is inherent in the visual language of the movie. Like the black-and-white stock in Raging Bull or the 4:3 aspect ratio of 2020’s First Cow, the image distortion of No Sudden Move can’t be explained away with a factual blurb. It’s fused into the DNA of the film. It’s just, kinda there. 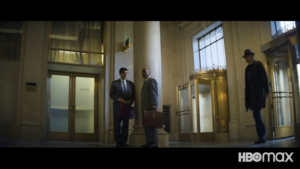 This still from No Sudden Move’s official trailer showcases the remarkable distortion at the side of the frame, which is only exaggerated as the camera moves Interestingly, the film—shot in 2020 at the height of the pandemic in the United States—wasn’t planned to showcase any extravagant image distortion. At least not in its initial conception. “We were shooting on the RED Monstro sensor with very intense anamorphics. The lens coverage on the sensor was not entirely designed to cover the widest edges of the frame, there was very intense distortion at the far right and left edges of the frame and the initial framing had that cropped out”, described Nat Jencks , Soderbergh’s longtime colorist. “But when Steven saw how the optics were interacting with the image, he loved it, and was like, ‘Oh, I want to include that.’ So we actually widened out the image masking, and included those side parts, where there was very intense lens distortion. You got these really wild effects as the camera pans around, bending the picture.”  This post-production audible from the Director-D.P. created some challenges in editorial, such as more tedious color correction between shots. As Colorist Jencks continued: “There was also very intense vignetting, as well as image distortion on those lenses. That presents a unique challenge for color grading as well. In the sense that if we wanted to it would not be difficult to invert the vignette and correct for it. The same thing goes for the image distortion for that matter, but those were characteristics of the lenses that were by design and Steven loved.” Despite the post-production hiccups that came with accommodating the wicked lens distortion—the story comes out in one piece, and has been streamed by thousands, as well as seen in-person at a handful of theaters in the country. No Sudden Move has an impressive 91% score on Rotten Tomatoes, as well as an above-average 71% on Metacritic.   Check out Bokeh Rental’s inventory Contact us to customize a package to suit your production needs at low prices.