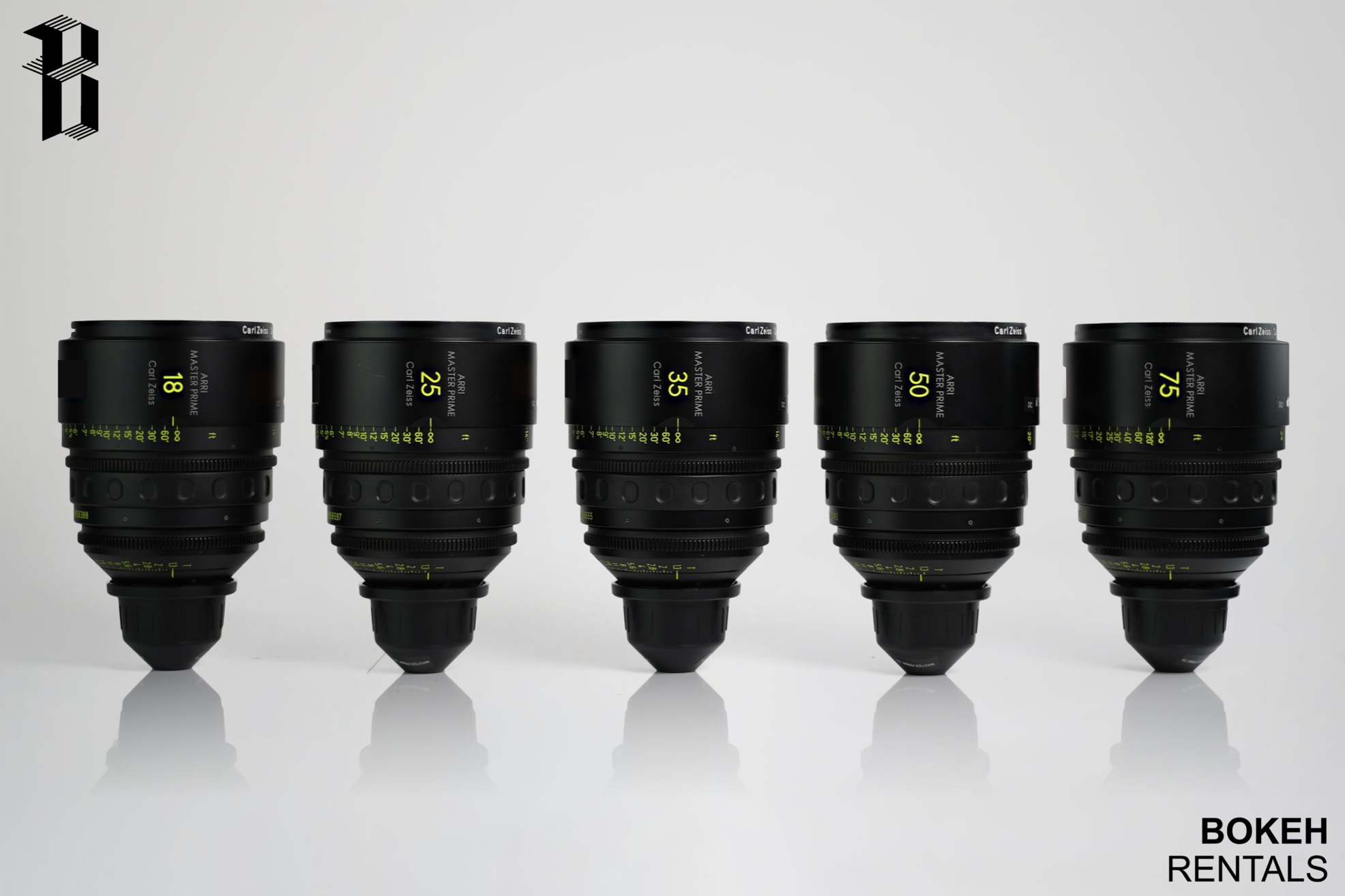 There are very few brand names that hold the prestige of ARRI and Zeiss. So, it’s no surprise that when both companies collaborated on a top-notch quality set of S35 primes, it’s become a genuine staple of the motion picture industry: The ARRI Master Primes.

Part of the Master Primes’ fame—besides its spectacular image rendition—is its incredibly fast performance. The ARRI Master Primes have a uniform maximum aperture capability of T1.3, making these among the fastest lenses out there, which is highly remarkable for a series of sixteen lenses. The 100mm macro lens, however, has a maximum aperture of T2.0.

What’s more telling of the ARRI Master Primes’ performance isn’t specs or footage viewed on a computer screen—but dropping some titles of films that employed the lenses, as the Master Primes have been used on countless Hollywood feature films. In fact, the ARRI website displays a quote about the Master Primes from Oscar-winning cinematographer Emmanuel Lubezki, ASC, AMC: “I love the way the Master Primes are – one of the best lenses probably ever made… they allow you to have clean images, and that I like very much”.

Lubezki regularly shoots with ARRI Master Primes, and has done so on The Tree of Life, Birdman, and The Revenant. All three films were nominated for the Best Cinematography Academy Award, with the latter two taking home the Oscar. The list of Master Prime-shot films is endless, but some other examples include The Irishman, Knives Out, and Us.

The ARRI Master Primes easily cover Super35 sensors and operate with the PL LDS mount system, the industry standard designed by ARRI that also allows use of its lens data system. Lenses are marked with either meters or feet measures. All the Master Primes have front diameters of 114mm, except for the 150mm, which has a front diameter of 134mm.

The aforementioned Built-in Lens Data System that transfers lens data to compatible camera systems. This feature of modern lenses is comparable to Cooke’s /i technology and has become increasingly important to maintaining consistency on set and improving the post-production workflow.

As far as image goes, the Master Primes are built to have higher resolution and contrast compared to other lenses of this quality. There is no geometric distortion to the image, which goes a long way in lenses that cover such a wide range in focal lengths. In line with its beautiful, de-emphasized look, there is “dramatically reduced flare” and “virtually no breathing” in the Master Primes.

Check out the video below that demonstrates not only the beautiful bokeh rendering by the Master Primes, but also its complete lack of visible breathing when racking focus.

For further comparison between the ARRI Master Primes and Ultra Primes, check out this lens flare comparison below:

Unless you’re a major rental house or A-list cinematographer, there isn’t really reason to outright purchase an ARRI Master Prime for yourself. Just one from the 17 available costs $26,450 on B&H. Renting the entire package, on the other hand, is overkill for any shooting scenario.

With so many options, it’s best to put together a package that gives you a full, capable range for your production. Bokeh Rentals’ Master Prime package contains five lenses—the 18mm, 25mm, 35mm, 50mm, and 75mm—to give users enough flexibility to capture stunning wide shots to captivating close-ups.

Contact us to customize a package to suit your production needs at low prices!b