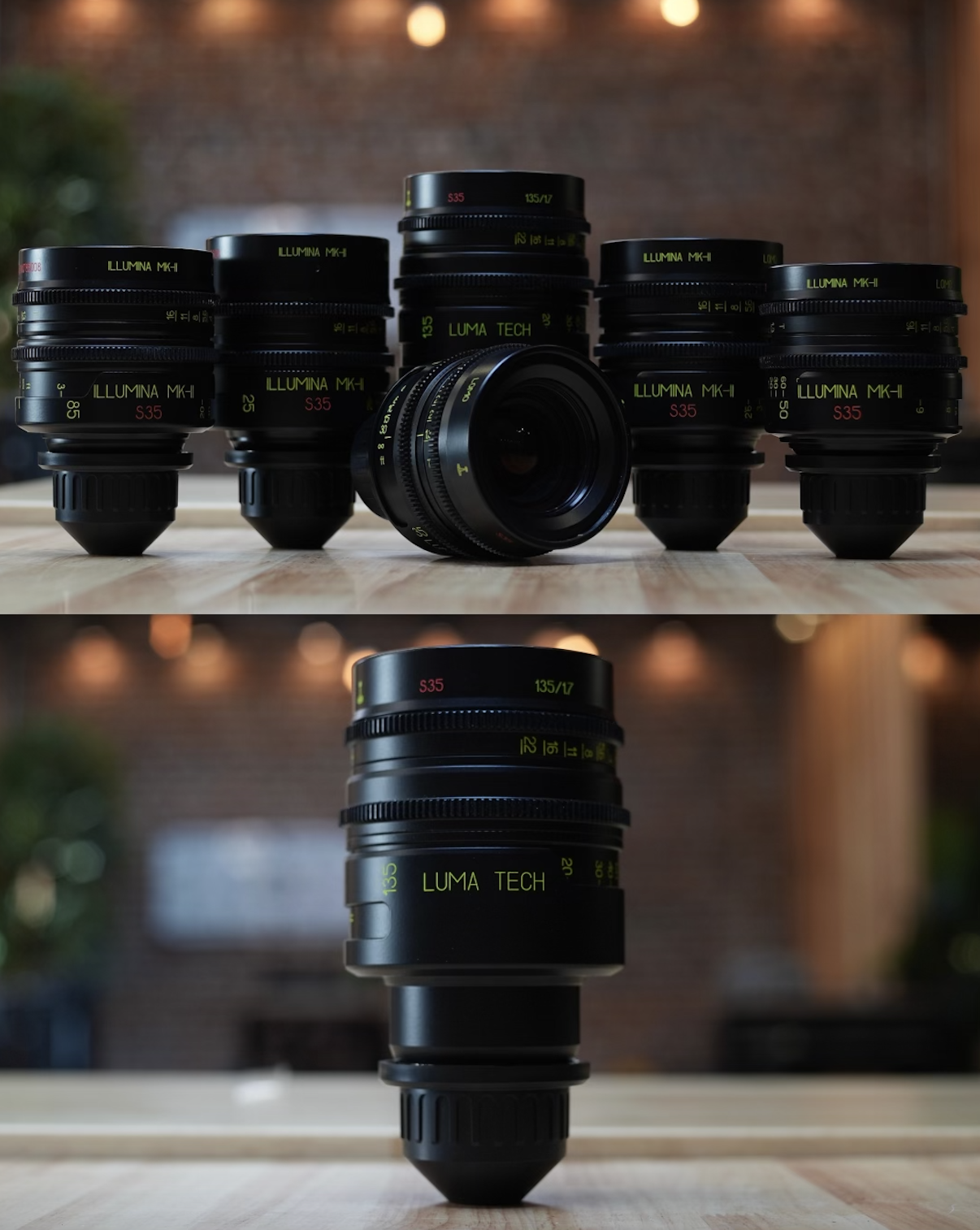 As a marketing tactic. most camera brands try to emphasize their fixture within Hollywood filmmaking—sometimes going far enough to list classic Hollywood titles on their official sites.

LOMO does something a little different. Their company stems from a massive defense manufacturer—its history entangled with Soviet and Russian history. LOMO lenses have been used widely in the Soviet film industry, and the company also has experience building optoelectronics for the Russian military, such as night vision sights for missile systems or optical components for satellites.

Now, the company’s greater reach is worth mentioning, because its civilian optical creations, such as the new Illuminas MK-II super speed lenses, have stunning technical capabilities beyond those of smaller optical designers. Since 2009, LOMO has been producing the Illumina S35 lenses in collaboration with the United States-based LumaTec Inc. As LOMO’s single-page, scrollable site explains, the new MK-2s come about from a global operation, with designs and equipment bouncing around between Russia, Germany, and the United States.

Therefore, it should come as no surprise that the Illuminas were designed for a visual style that calls back to classic Russian (more accurately, “Soviet”) optics. In fact, LOMO—the Leningrad Optical-Mechanical Association—doesn’t have to reach far back, considering its creations have been used by Russian legend Andrei Tarkovsky. The Illuminas MK-2 lenses are often compared to the Zeiss Master Primes, which also tout the vintage Russian look: naturalistic, organic imagery—that don’t necessarily amplify flares, but let them run their course, albeit slightly suppressed—with natural features like chromatic aberration. Interestingly, the MK-2s have very limited breathing and distortion, even on its widest lenses.

These Illumina S35 MK-2 lenses, a line of 14mm, 18mm, 25mm, 35mm, 50mm, 85mm, 135mm, can all pull T1.3, with the widest and longest lenses capable of a slower T1.8—still a remarkably fast aperture, especially at 135mm. The fast T-stop of the Illumina MK-2 primes allow shooting at lower light levels, which always gives more latitude to the D.P. and could come in handy on an independent, run-and-gun, or even just hurried production.

Also, the almost-perfect T-stop consistency is a plus in any primes kit, as it allows for minimal tweaking of lighting setups when changing lenses. For example, if you’ve just captured a medium in a dialogue scene with the 50mm lens, and now you need to move in for a closeup on an 85mm—the T-stops are matched, meaning that you won’t need to adjust lighting for the lens switch alone. Of course, this doesn’t mean you won’t adjust lighting at all—but it gives you the creative leeway to easily switch lenses when setting up your shots (Just don’t forget about the 14mm and 135mm’s 1.8 T-stop!).

The optical elements from Germany, engineering prowess from the U.S., and designs from St. Petersburg all come together to form the universally accessible Illuminas lenses, which can be used on the most popular large format camera systems through its PL mounting system. As far as the cine lens’ physical features go, there is a 9-blade iris diaphragm, which lends itself to similar shaped bokeh. All lenses have a front diameter of 95mm (with the exception of the 14mm). The seven pieces of the kit range in weight from 1.4 to 2.3 kg, a somewhat similar, but not altogether groundbreaking difference between sizes.

The LOMO Illuminas MK-2 Super Speed lenses can be ordered personally from LOMO’s contact us page or sought out from their handpicked lens rental companies. The Illuminas MK-2 lenses may require more footwork to track down, but their lower prices—especially in relation to the comparable Zeiss Primes—might make all the hunting worth it.

Rent from Bokeh Rentals Contact us to customize a package to suit your production needs at low prices!