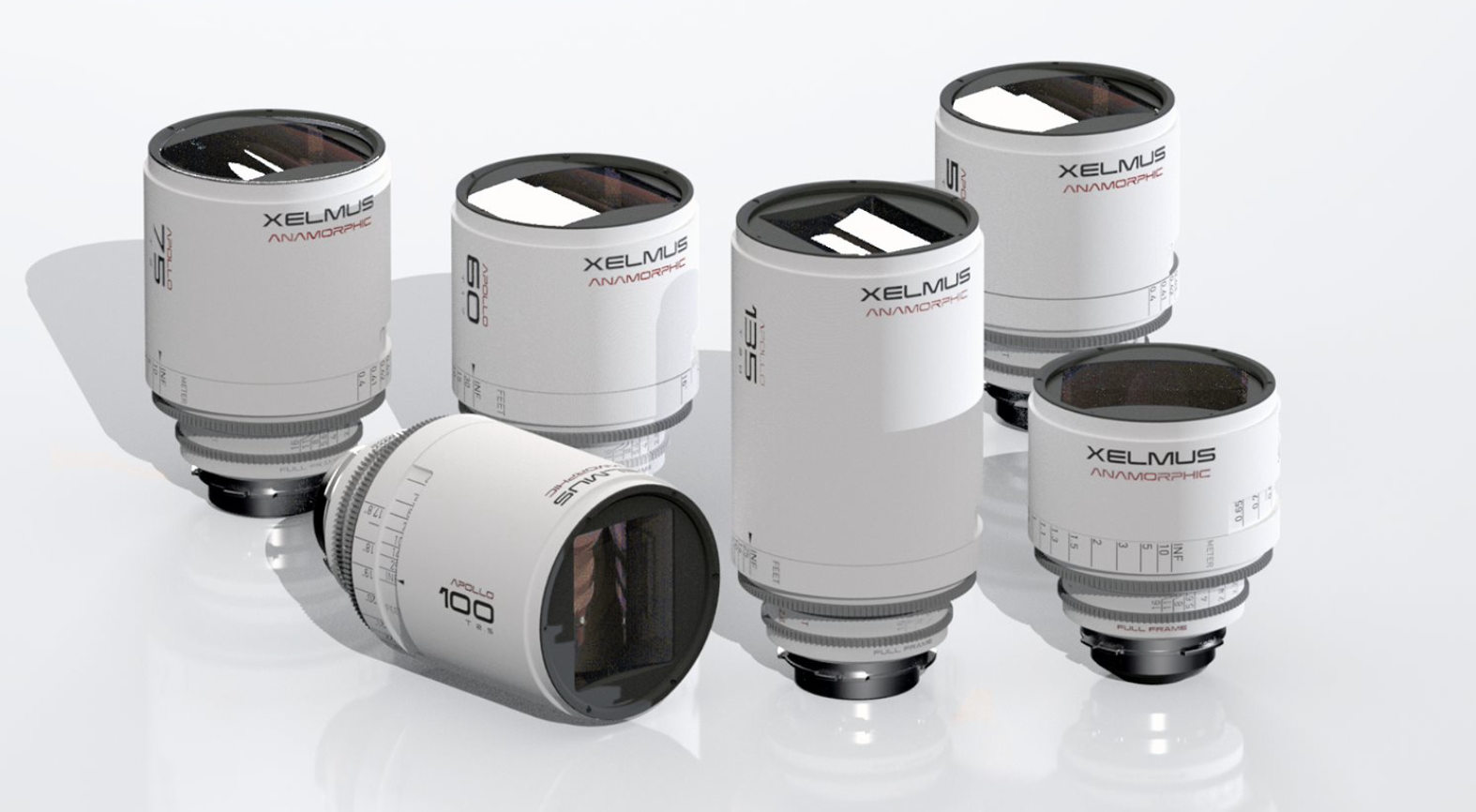 Xelmus is taking the anamorphic lens game to the next level with its recent Apollo series. This six lens package was unveiled in two halves: In 2019, the 40mm, 60mm, and 100mm; then, the 50mm, 75mm, and 135mm additions in late 2020. And there’s a lot to get excited about, especially for a package of this price.

Let’s start with the physical factors. The Apollo lenses have a beautiful housing, painted in a delicate black-white-red color scheme that’s reminiscent of the real Apollo spaceflight missions. Xelmus also prides itself on the light weight of the lenses, which, combined with the remarkably similar weights, make these lenses a great size for gimbal, drone, and Steadicam work.

Although they may be sized similar, the internal mechanisms are not identical. Potential renters and buyers should be aware that there is a range in T-Stop between the lenses—and not even at a direct correlation with focal lens. Having said that, a 2.0 T-Stop at 75mm is impressive enough in the first place, and these lenses have incredible low light functionality—which combined with those iconic anamorphic flares, will definitely give your night scenes a lot of character. 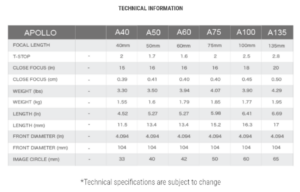 Interestingly, the Apollo’s focusing system borrows from an old Panavision patent dating back to the ‘50s. See, when focus shifts on any camera, the frame stretches, or “breathes”. You may not notice it every time, but on some level, the sensation of the breathing frame is familiar to most viewers.


An exaggerated case of breathing in Looper (2012), created by racking focus from close to infinity


What Xelmus has done in its Apollo series is use Panavision’s “anti-mump” patent to limit frame breathing to only the vertical axis. This means that when racking focus, the frame won’t look like it’s widening through its sides. Fun fact: Panavision created this after the common complaint from 1950s leading actors that their faces would bloat when focus shifted, appearing as though they have the mumps. Hence, “anti-mump” technology. What’s also notable about the Apollo lenses is their incredible close focus capability. For instance, the 75mm lens can achieve sharp focus of an object that’s only 20 inches away—which is practically unheard of with an anamorphic lens, especially one of this value. It’s not quite a macro lens, but it certainly makes these little red, white and black lenses more versatile.

Here’s a test by BP40 VLOGS that goes through the 40mm, 60mm, and 100mm lenses of the Apollo set. He really puts them to the limit, shooting wide open in scenarios of only available light. Some of these shots really test the limit of the lenses’ raw elements, but even under a normal set of domestic floodlights, you’ll still get that much-coveted anamorphic flare.

For some footage shot in professional lighting scenarios, check out this polished Expedia ad:

While there’s nothing mind-blowing in this sixty second spot, it provides a good display of the Apollo’s chromatic aberration (specifically the sun flares in 00:50-00:57), close focus, and distortion minimization on the wide lenses. The Apollo lenses are among the most affordable full-frame, anamorphic series of cinema lenses. Each lens may be purchased from the manufacturer’s site directly, a single one costing $11,998, or $35,994 for a set of any three. This, compared to, say, the Cooke FF Anamorphic line, which goes for about $32,000 per lens, makes the choice clear for cinematographers on a budget.